Can We Talk About Vampire Makeup Mistakes?

Can We Talk About Vampire Makeup Mistakes?

Well, here we are again. Halloween season 2020. It looks and feels a little different this year because of everything that is going on. It seems like people are adapting to their plans, and we are starting to see people planning their costumes and makeup projects, which leads me to today’s topic. Vampire makeup.

I have a huge pet peeve about vampire makeup. They are just all over the place and don’t make any sense. Now, I am not talking about the kiddie costumes or garbage you can buy at Walmart. I’m talking about people doing makeup jobs as adults to be a vampire for Halloween.

So here it is. My top list of things that really get under my skin when it comes to vampire makeup jobs.

This one really kills me. Now don’t get me wrong. I think that paling out the skin A LITTLE bit is a good thing. But going all Jangles the clown looks foolish. I don’t know where this thought process came to be. That solid clown white somehow translates to dead. They do this with zombies, too, and it drives me batty! So say it with me. Pale gooood. Jangles the clown baaaaaaad.

2nd - Put Away The Cape Liberace

I know this isn’t makeup. But it’s worth a mention here. So I kind of like the whole victorian goth look if done right. But the whole cape, formal red amulet thing? Nope. So let’s revisit the first point for a moment. Think about this. If you were out at night and walking down an alley and jangles the clown came walking out with a red and black Liberace cape and caked-on white face makeup. Would that terrify you? Probably not. Not even a little. Jangles would be getting a beat down.

This one gets me! And most people don’t even think about it. Most people put bit marks on their necks horizontally, which would be IMPOSSIBLE for someone to bite! A vampire would turn its head to the side, and the bit would be vertical, not horizontal. Seriously. Look at this picture. Nothing can make bite marks in this position. 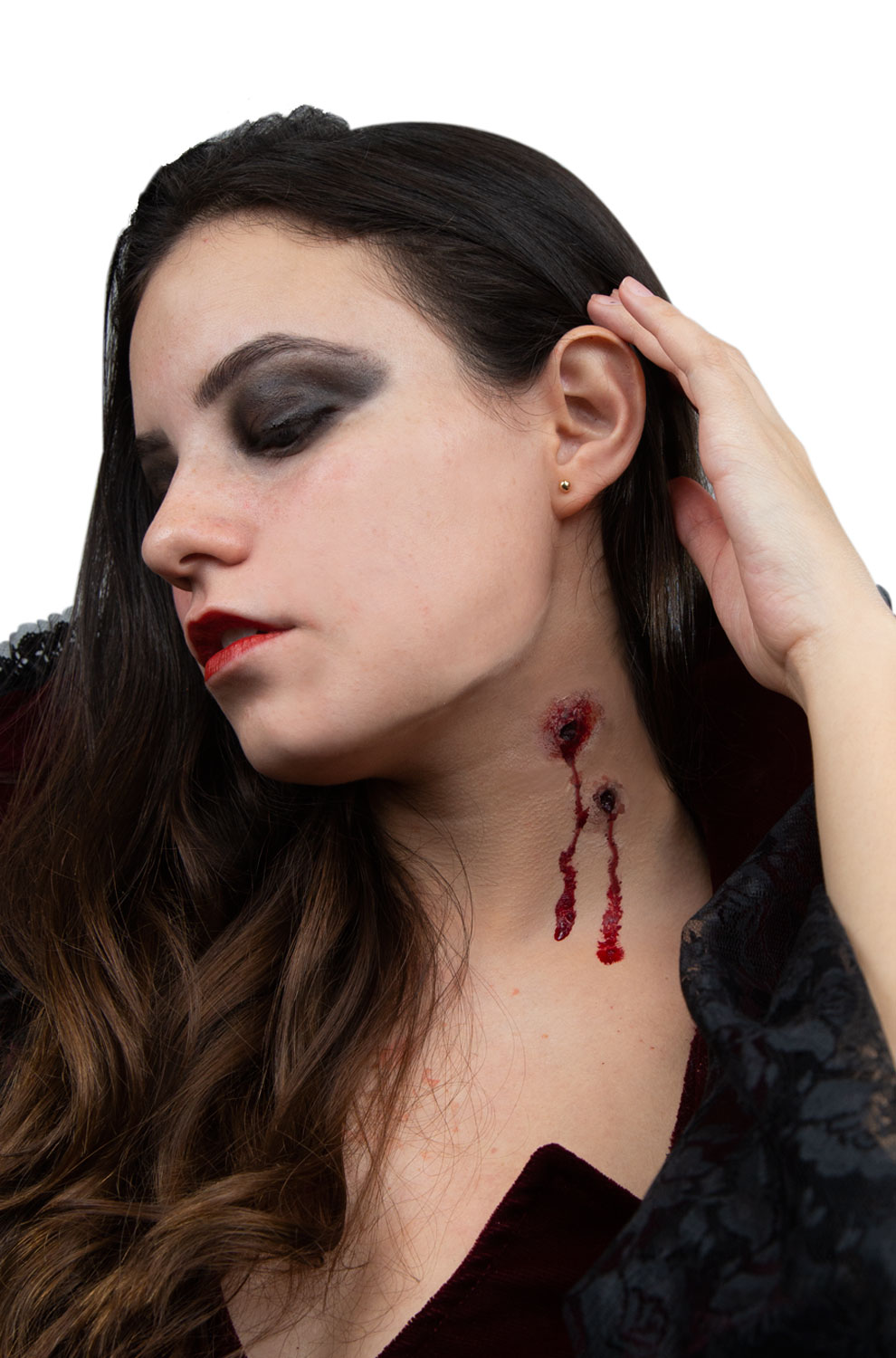 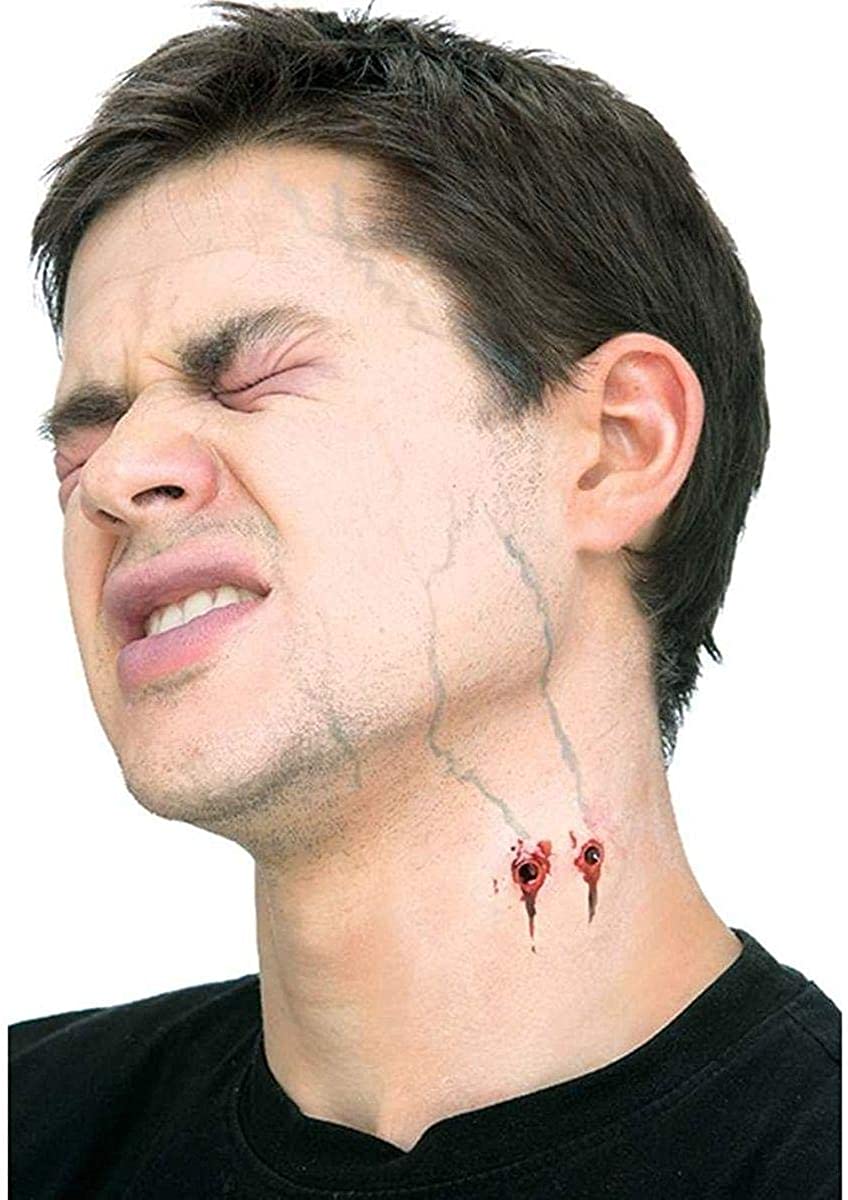 This is the big one! This one drives me nuts! I don’t know how old you are, but I mastered eating before my teen years. I can eat just about anything without getting crap all over my face. A miracle, right? And this girl likes her some ribs! But for some reason, I can always head home after a meal without crap all over my face. So, I am to believe an immortal creature with possibly hundreds of years under their belt can’t eat without getting its food all over its face? It just drives me NUTS! Even if the process was violent and messy. You would think there would be some cleanup as not to draw attention.

So the point of this is to try to keep it real with makeup. Think about the creature you are trying to be. Don’t get me wrong. If dressing up like a dandy clown from the victorian era who has crap all over their face is your thing, well, then go on with your bad self. Ignore all the snickering. You do you. OR. You can be really scary. Make it realistic. Bring your character to life. This year put some extra thought into your makeup and really bring the fear. Just saying :-)

What Kind Of Zombie Are You?

Zombies.  Creepy, horrifying, undead eaters of human flesh. Whether you want to be a slow, decaying creature like in... read more